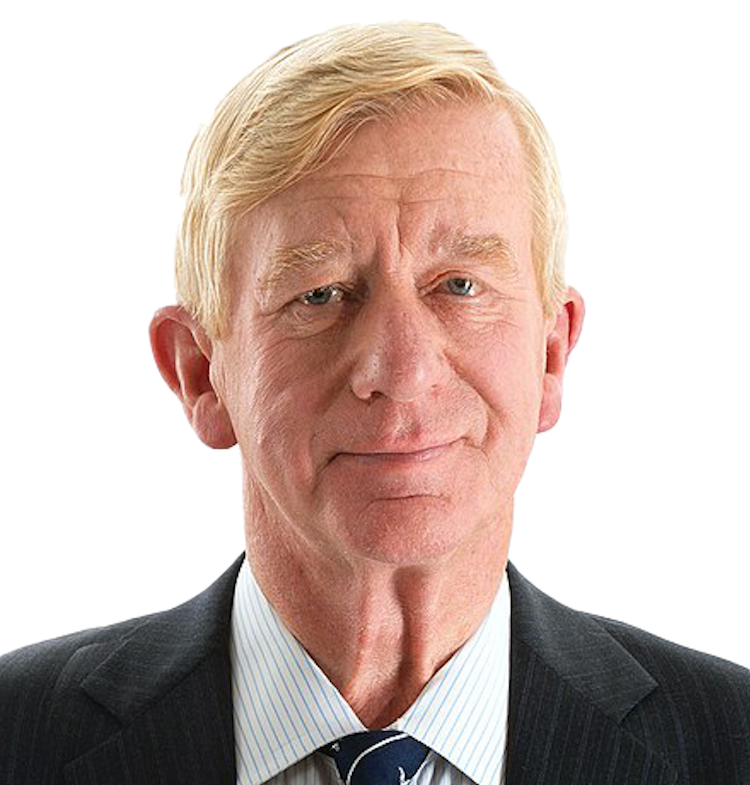 William (Bill) F. Weld is an Advisor to Baleon Capital with an extensive background in both government and business.

In his early career, Bill held multiple roles as a federal prosecutor, first serving as Assistant U.S. Attorney General for the Criminal Division in Washington, D.C., and then as U.S. Attorney for Massachusetts during the Reagan administration.

Thereafter, Bill turned to politics and was elected as the 68th Governor of Massachusetts, serving from 1991 to 1997. In 1994, he was re-elected by the largest margin of victory in the state’s history. During this time, Bill made a significant impact on Massachusetts’ business climate, reducing taxes and regulations on business. He also served as national co-chair of the Privatization Council and led trade missions to numerous countries in Asia and Europe.

Bill’s later career has been focused on both the law and private equity. He has been a partner at two major Boston law firms where he specialized in government and was also principal at Leeds, Weld & Co., which describes itself as the United States' largest private equity fund focused on investing in the education and training industry. Bill currently holds the role of partner and Principal of Mintz, Levin, Cohn, Ferris, Glovsky, and Popeo’s government relations subsidiary, ML Strategies.